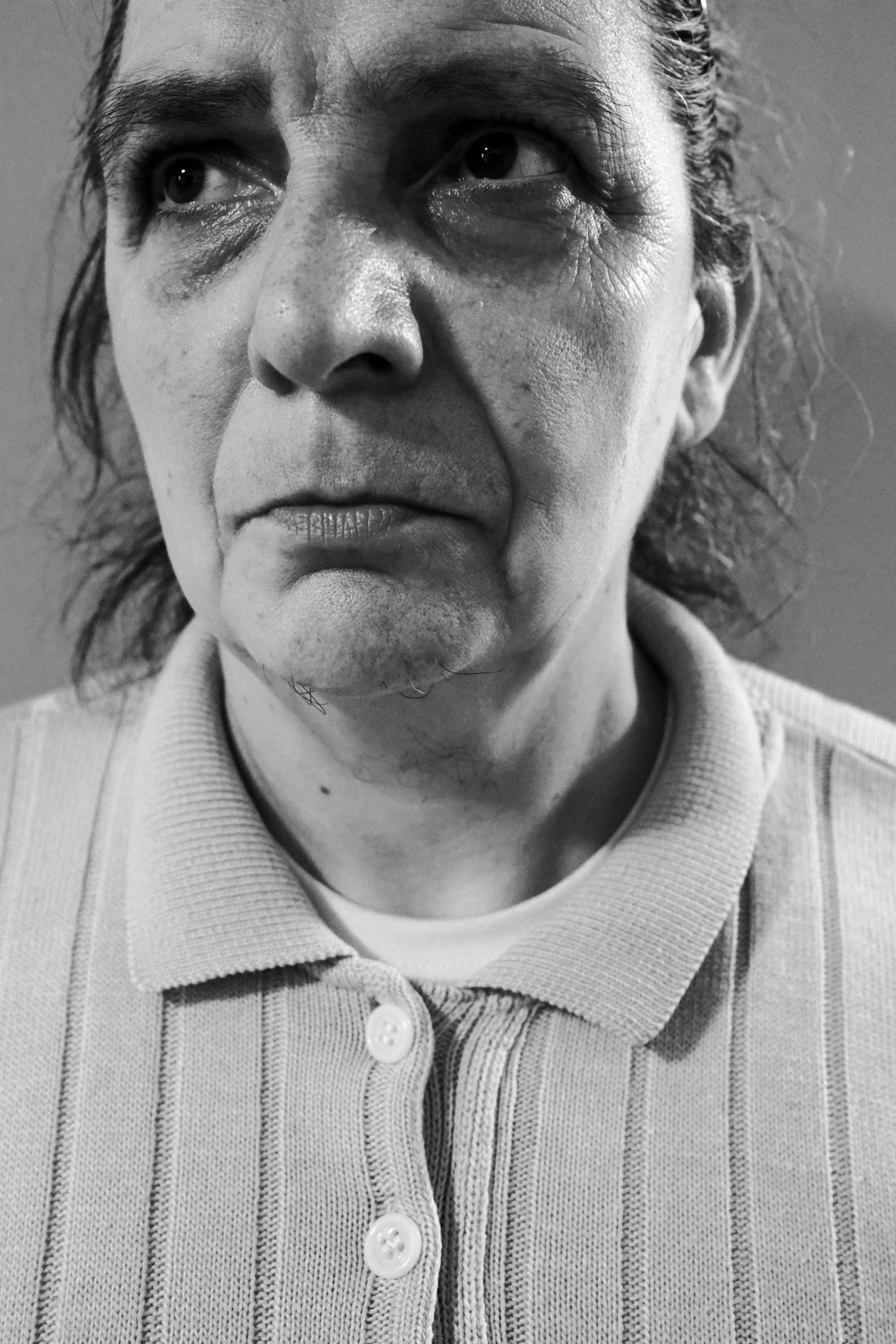 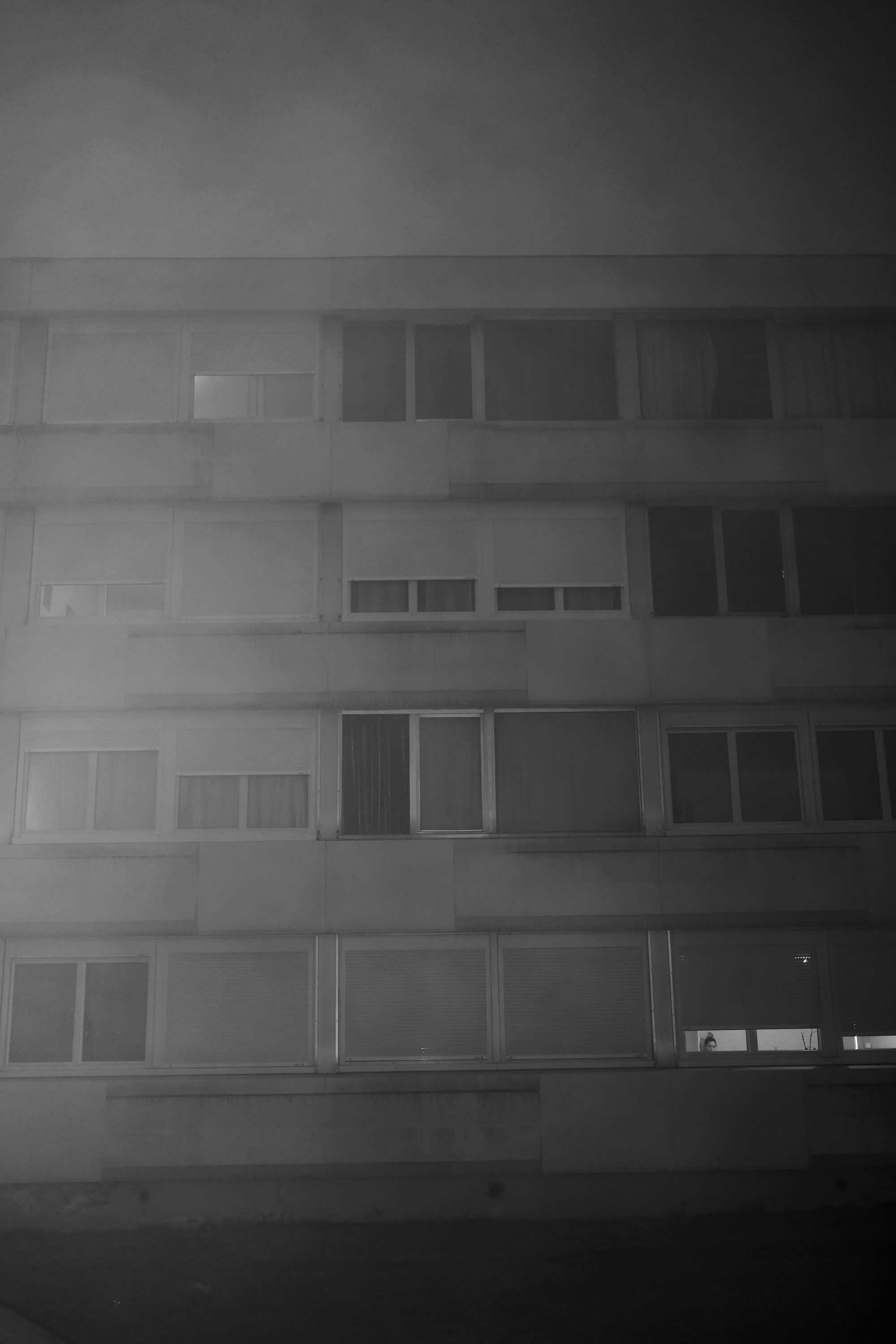 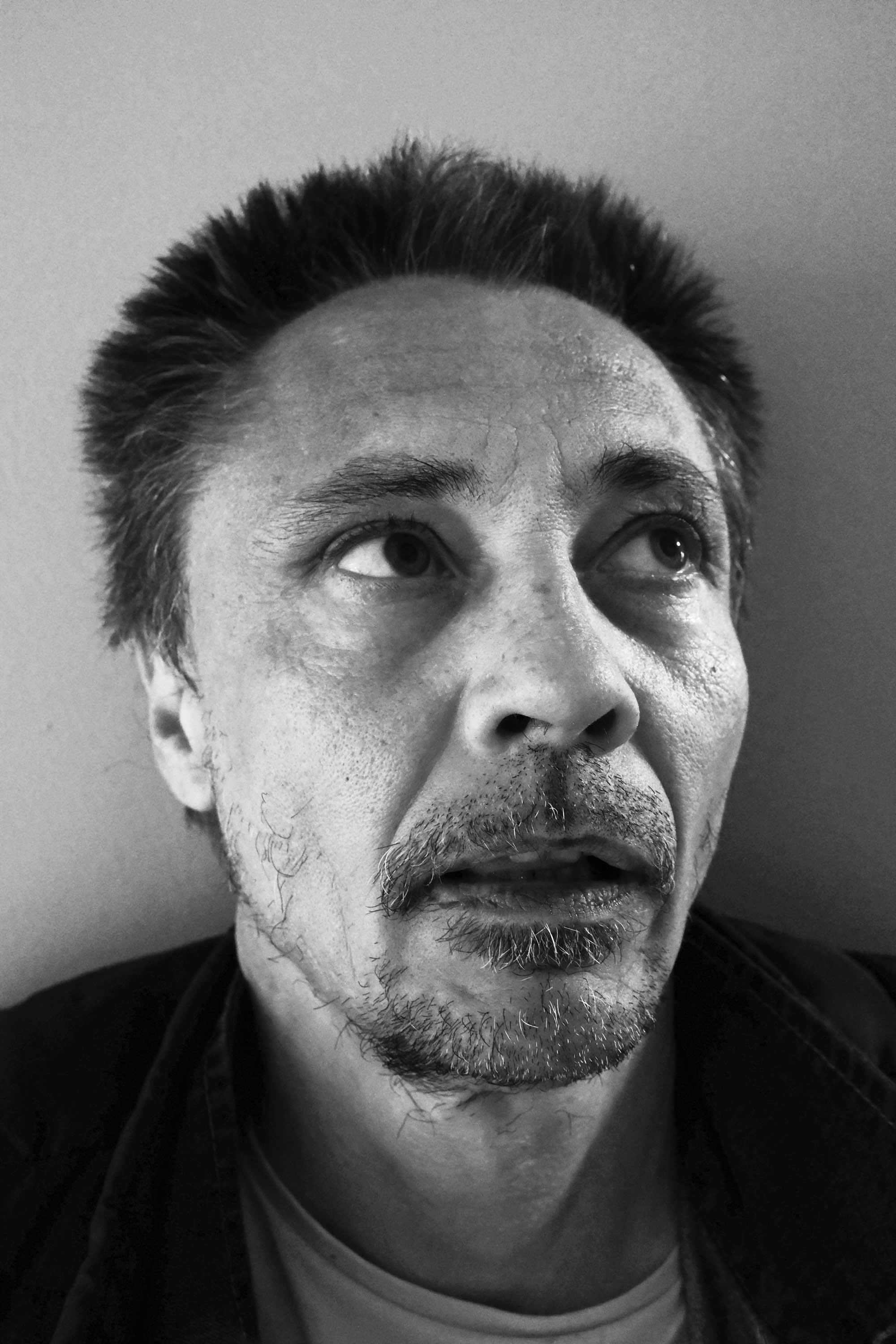 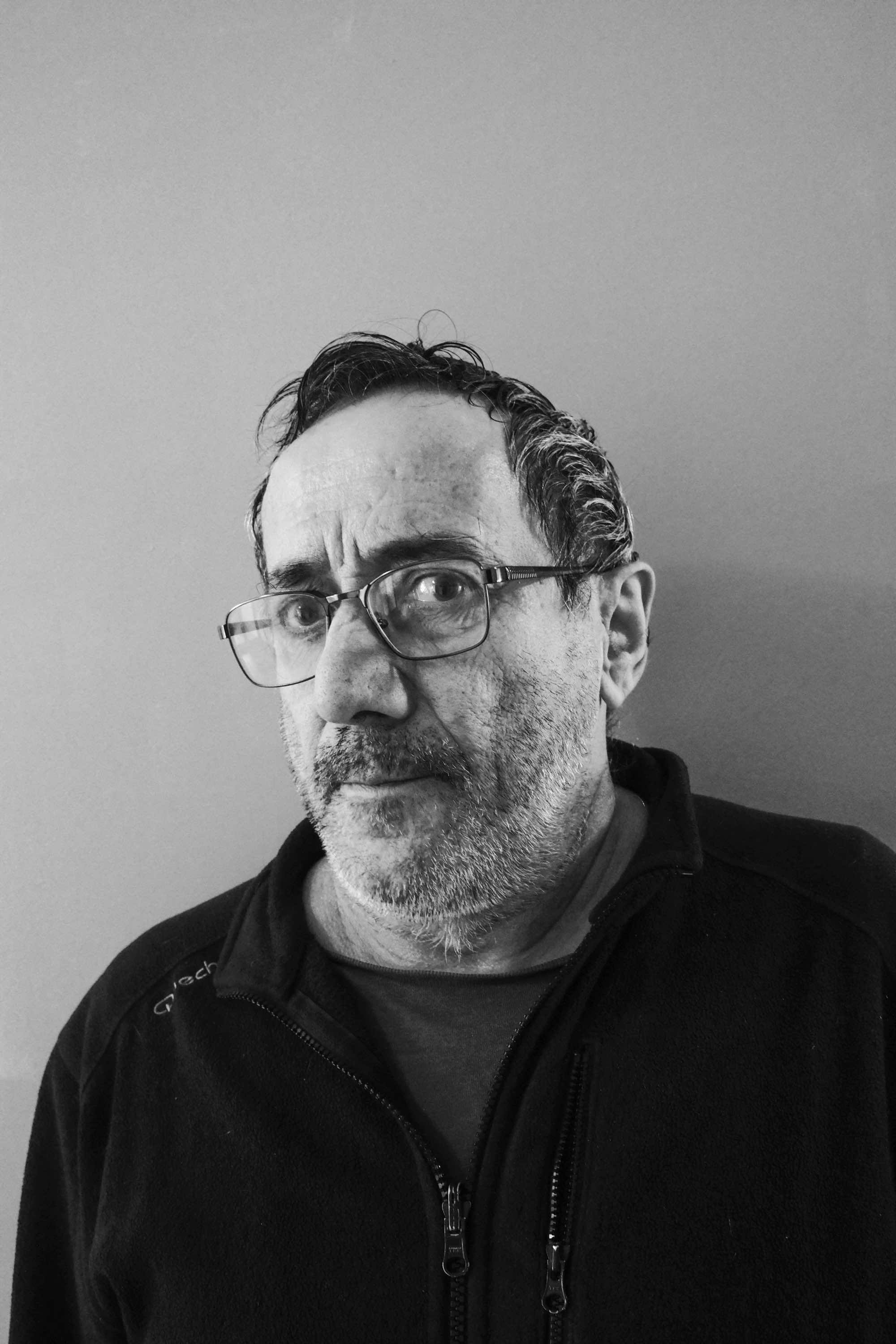 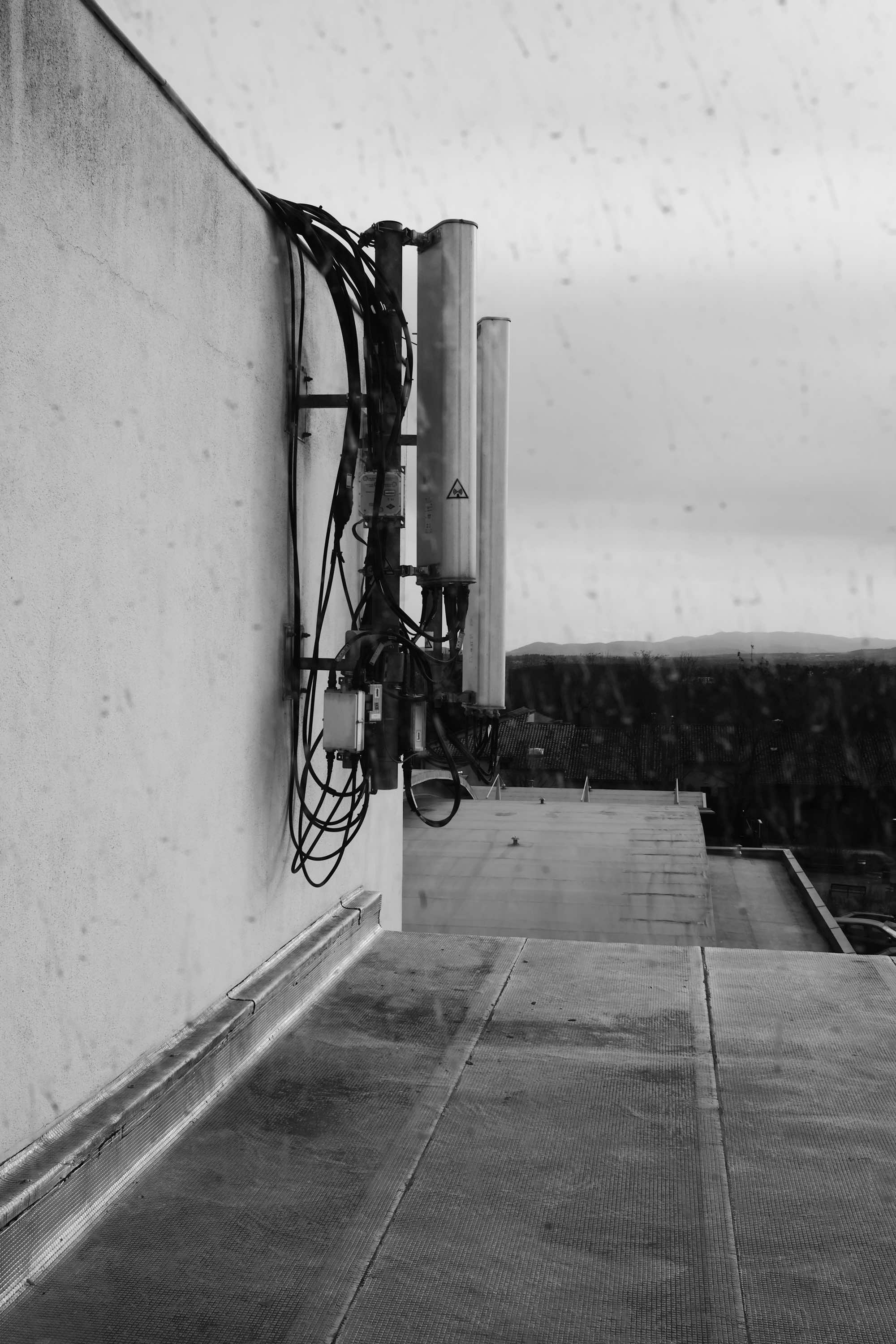 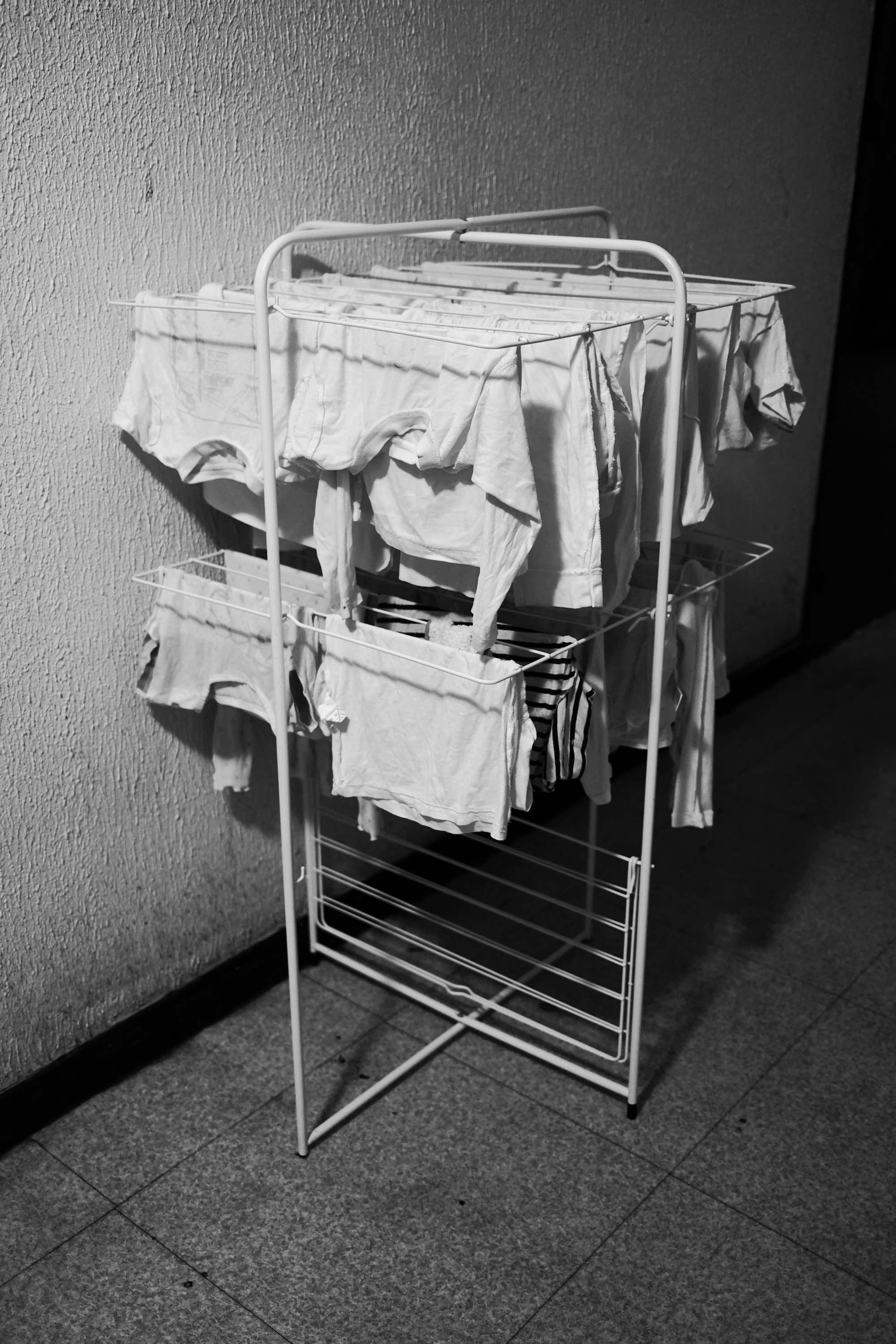 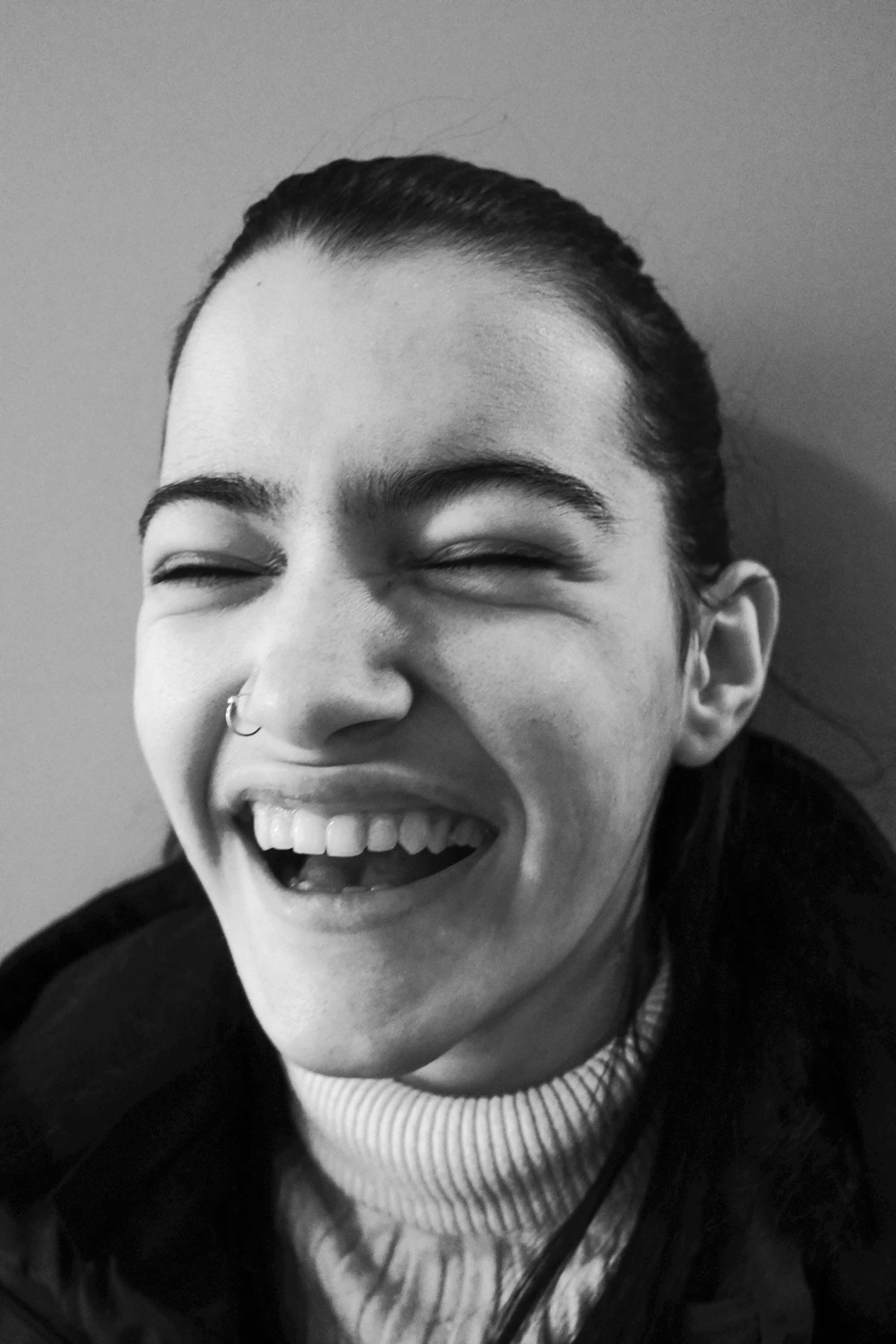 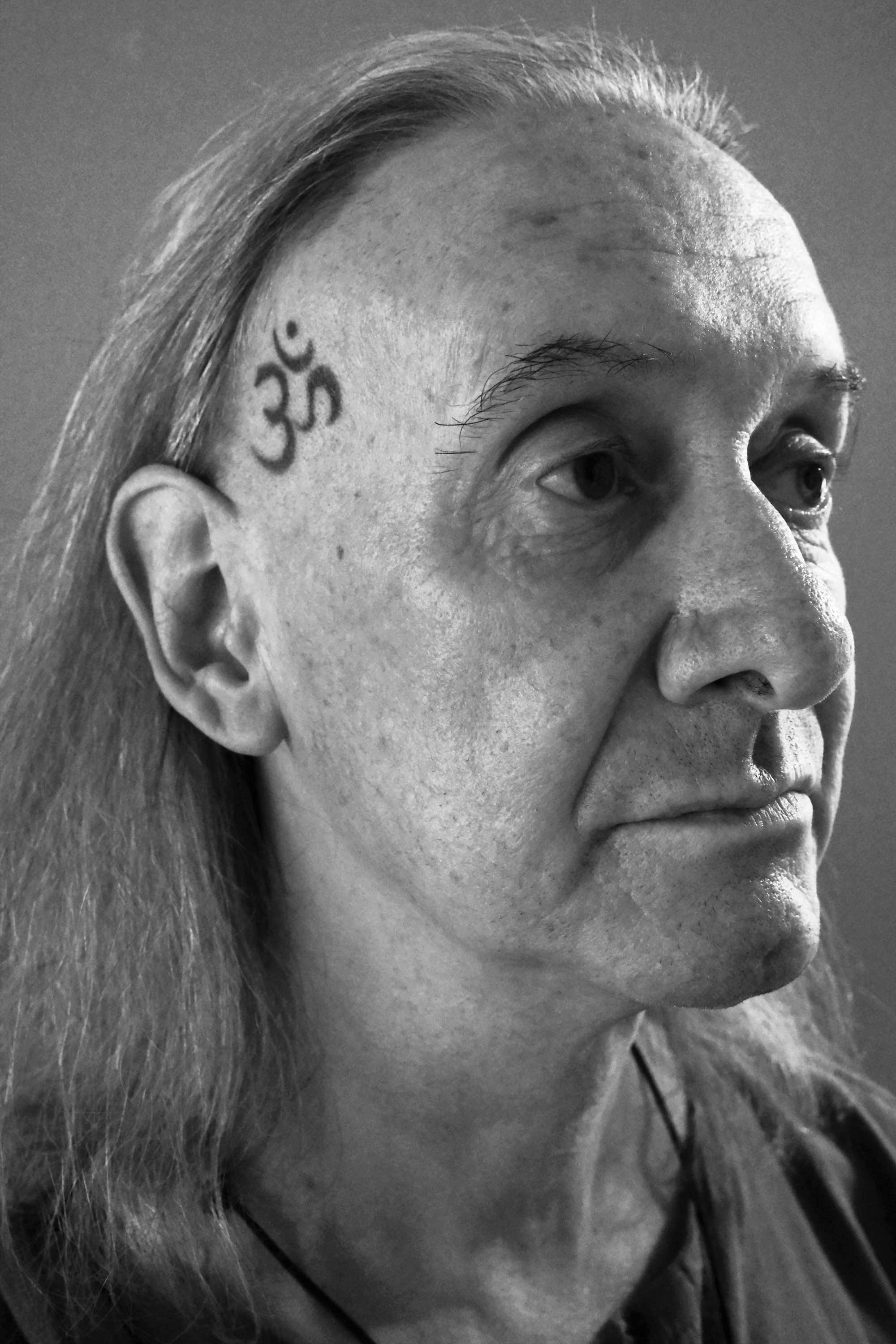 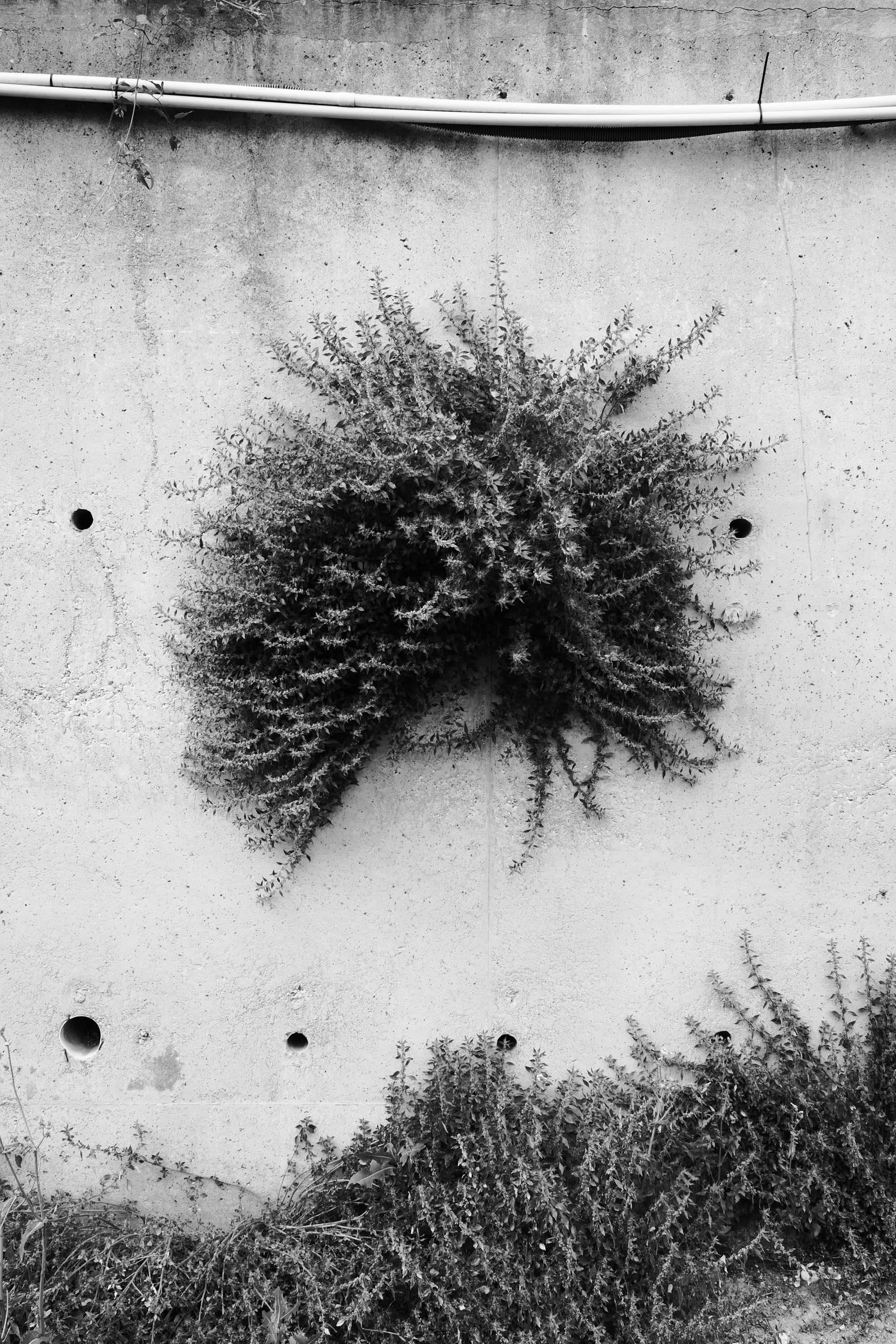 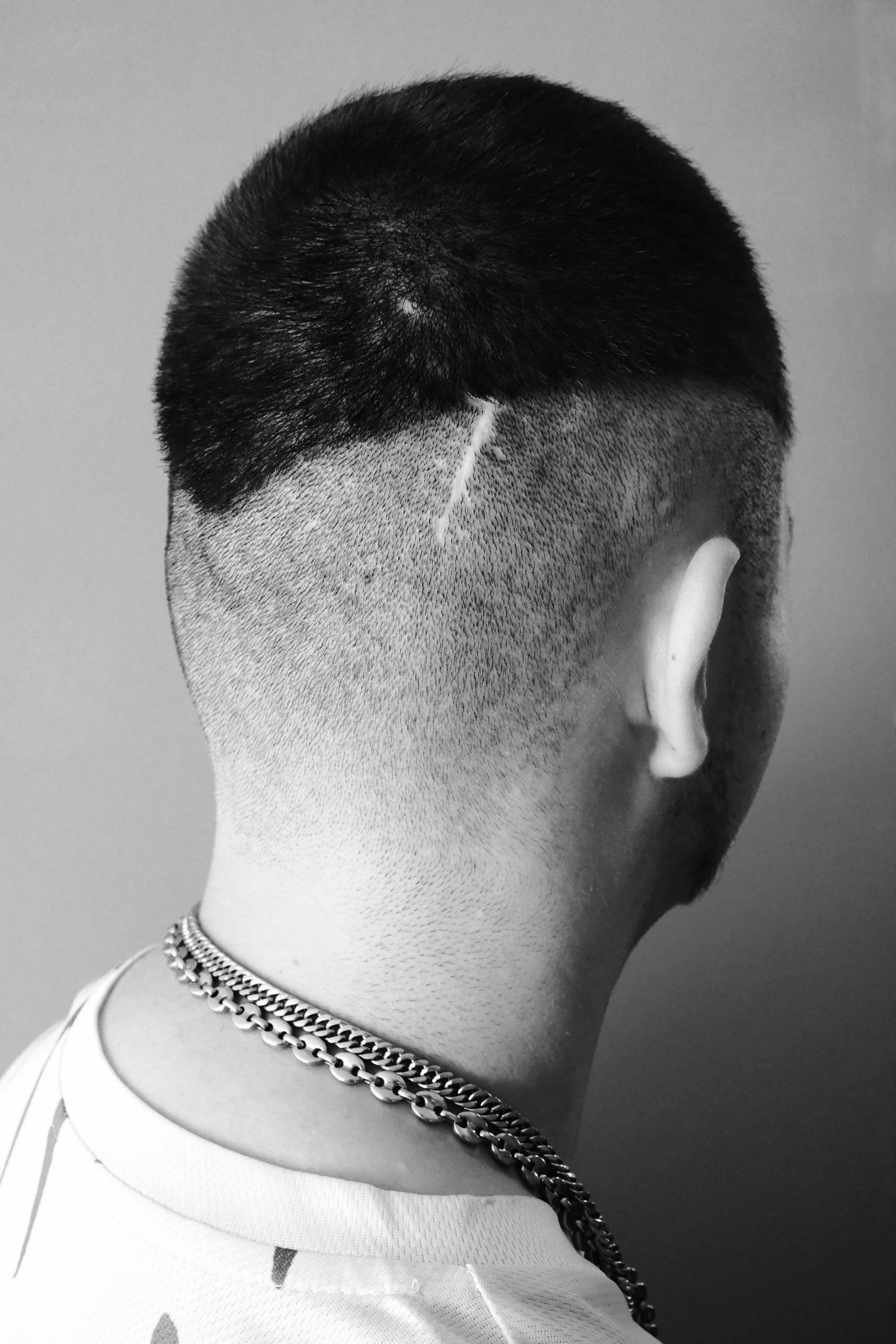 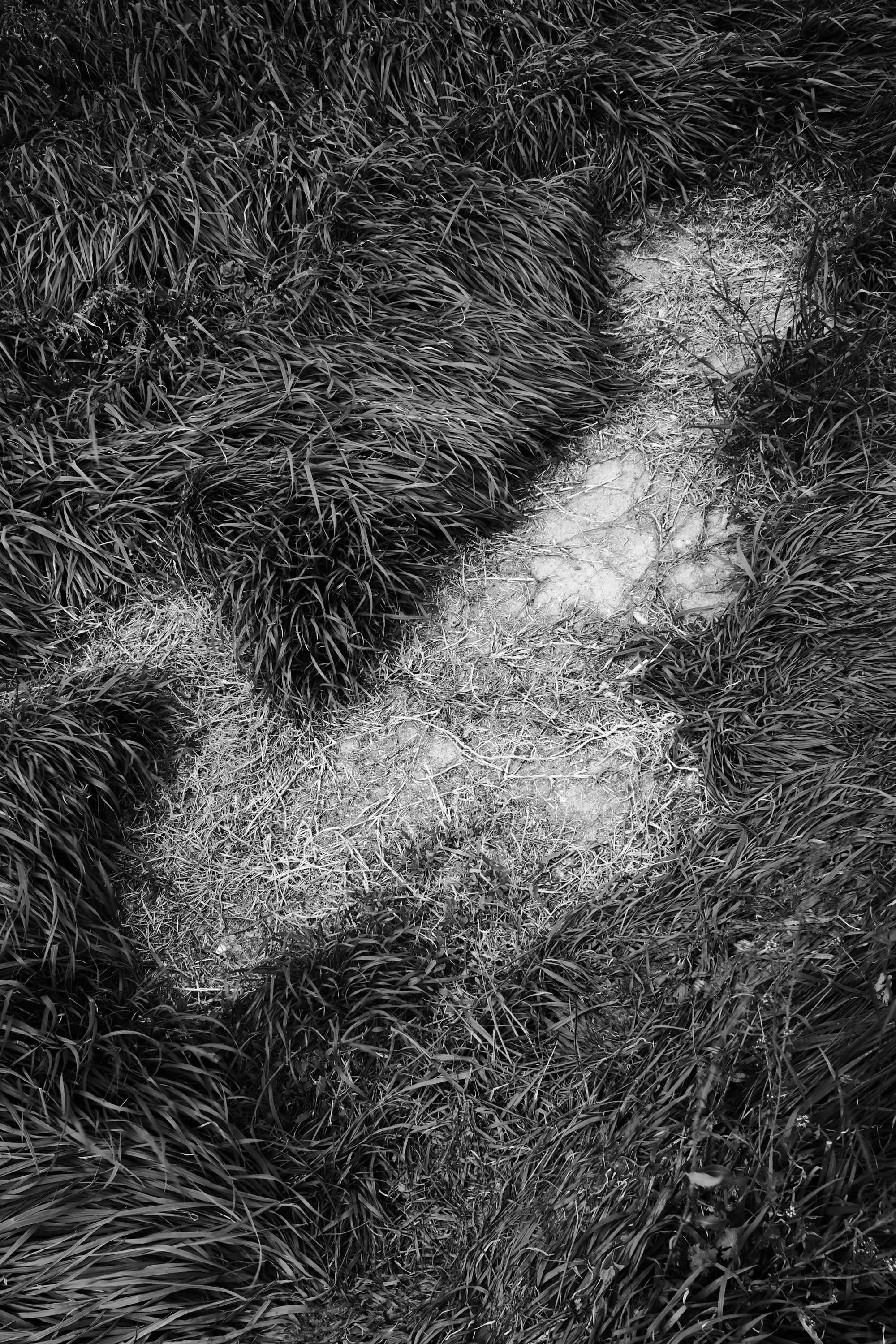 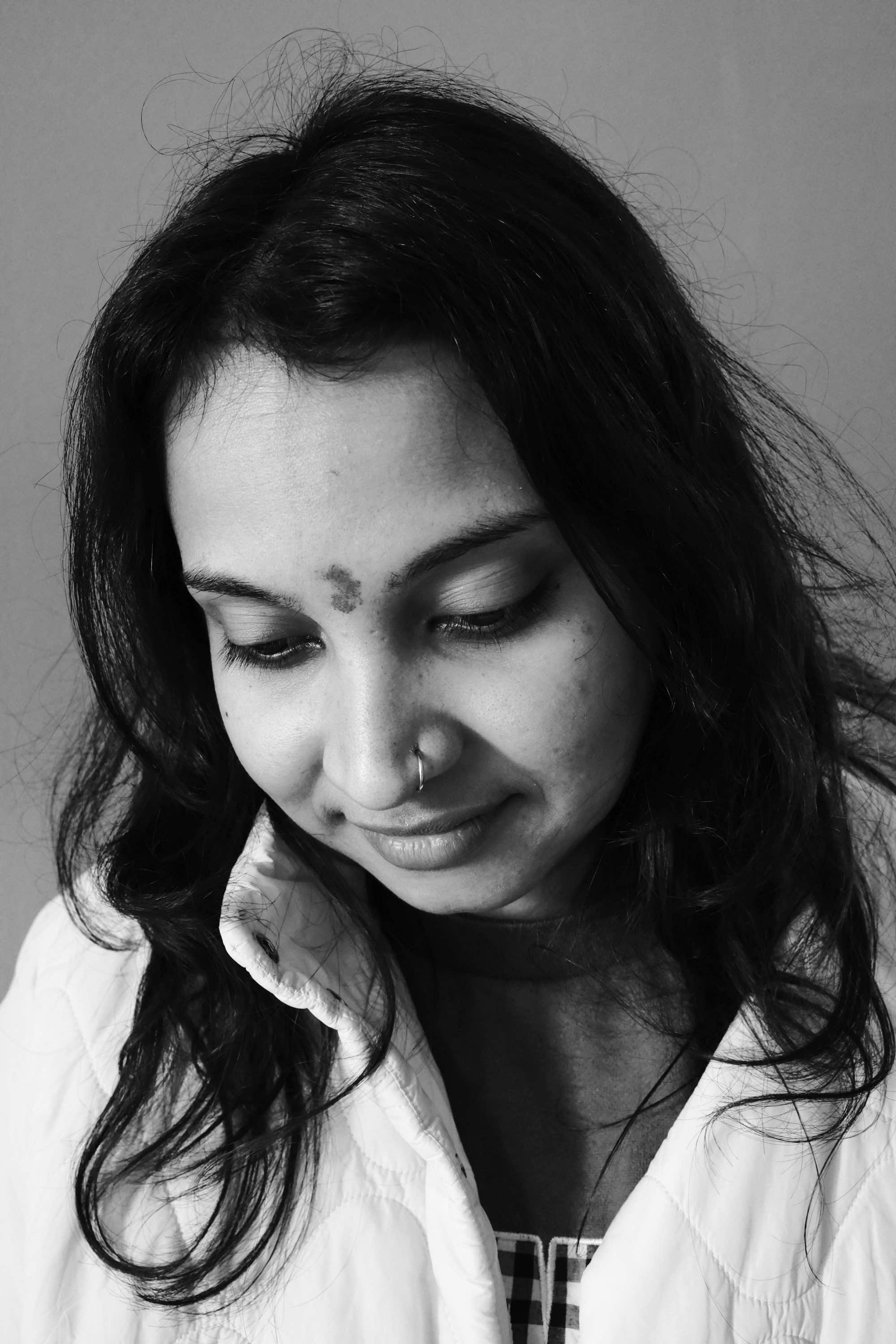 The following photos were all taken in a place called "La résidence" in Dardilly (near Lyon). Below a ten lanes motorway junction, this former hotel (200 studios of 20 to 35 m2) has been transformed, after few years of urban wasteland, into a more traditional accommodation. The management of the eastern part of the building has been entrusted to a private landlord. The western part is run by the Foyer Notre Dame des Sans Abris, which offers emergency social accommodation to a diverse public (single women, asylum seekers, precarious workers, people leaving the street, prisons or psychiatric care units). The extract below is a documentary, visual and sensitive approach to the territory with regard to the different types of precariousness that exist in it (social, cultural, economic, psychiatric precariousness, etc...). It is a huis-clos delimited by the fences enclosing the residence on itself, an attempt to exhaust a place in a psychogeographical way. I wanted to highlight the porosity between the territory with both the psyche of the inhabitants and mine, to weave invisible links between space, sensation and individuals in an attempt to make visible the multiple fractures that go through them.

Graduated in Political Science, Romain Bagnard was born in 1979 in Lyon and has been practicing photography for twenty years in a self-taught way. He is now fully dedicated to his personal photographic projects since 2020 (after 15 years in the private sector). His work has been exhibited or screened in various festivals: Athens photo festival, les Photographiques du Mans, Tbilisi Photo Festival, les Rencontres de la Photographie d'Arles or Circulation(s) in Paris. He was awarded the Maison Blanche Prize in 2021. The starting point of his projects is often anchored in a very concrete sociological reality from which he detaches himself in the course of his work by positioning his series on a ridge between documentary and plastic photography. Influenced by psychogeography, he is also interested in the surface of bodies and things of which he capture the material and traces. He thus constructs an assertive visual language that proposes a sensitive alternative to reality.